Prepare for the Battle!


The Greeks, during their entire very long history, were sailors, who loved the sea, thought of it as a beautiful element, and believed it had godlike powers. The well known 'Advance against Troy', was the biggest nautical operation of the pre-historic period and gives us an idea of the size of the fleets at times. Homer and Hesiod poetically describe part of the maritime history of the pre-historic Greeks.


Hesiod talks about seamanship as the most basic premise and that the most suitable periods for sailing were spring and summer. The mariners of the day, before the rains came, and "before the new wine was opened", would stop their voyages and take their ships out of the water. The boats would stay on shore all during the autumn and winter time.


Today's 'battles' at sea are numerous sailing races taking place in Greek waters during spring and summer. For those who like to take up the challenge and 'advance' in the Greek Archipelago, Sail la Vie can organise group or indivindual participation in regattas around Greece.


A wide range of inshore and offshore races will give advanced amateur sailors the chance to test their skills against professionals and experience the atmosphere and excitement of a real race. For international crews who would like to participate in a Greek race we can provide fully equipped racing yachts for rental and take over the on-site management.

Since 1967 every summer in June, the Andros Race takes place. Yachts start racing from Faliro Bay near Athens and sail through the Saronic Gulf to the beautiful island of Andros. The first leg counts approximately 80 nautical miles and ends in the village 'Chora' of Andros. The race is often faced with strong winds and under difficult weather conditions, especially after rounding "Cavo Doro", but the pleasure is to finish in the hospitable town of Chora.

After a two-day stay on the island, where the local inshore races are organised, the racing fleet departs and heads back to finish in the Saronic Gulf. During the weekend the locals are warmly welcoming hosts and offering their services to all the visitors. The sailors -even the most demanding ones- are delighted by the good organization, hospitality and above all by the fair play. This enjoyment of the event, may also be because the members of the Nautical Club of Andros always set high and noble goals to deliver the best.

The international Cyclades Regatta is part of the official offshore racing programme of the Greek Sailing Federation and attracts numerous sailors every year. Greek and international yachts of the categories ORCi, ORC Club, ORC Club Non Spinnaker and IRC are invited to participate in the race. The Cyclades Islands are considered one of the finest holiday locations worldwide and the favorite sailing destinations for Greek as well as foreign sailors.The region combines natural beauty, clear deep-blue waters, traditional hospitality, and a highly-developed infrastructure for pleasure boats.

The Aegean Rally counts over 50 years of continuous racing life and this year's edition has been reshaped according to a survey the HORC conducted in order to better suit the competitors aspirations. Starting from Athens to the first destination Andros Island it has a different route for each category ranging from 80 to 110 nm. The next leg takes the boats to Skyros, where there will also be held inshore or coastal races. The final leg takes the boats from Skyros to cape Sounion.

The routes differentiate for each class reaching from 86 to 130 nm. There are plenty of social side events in the stop overs assuring as much fun as racing challenge. It is a demanding race that requires the best possible preparation in order to face the difficulties that the strong meltemi winds can pose.

The Aegean Regatta is a leisure race that combines long and short legs with leisure time, ideal for an alternative holiday. It requires long delivery (5 days) trips from Athens. The level of competition spans from highly competitive racing yachts to basic family cruisers.

The organisation started having two main goals: one to give the opportunity to the sailors to get to know islands and destinations they would not decide to visit on other occasions, and two, it aims to strengthen the local communities financially and give them a chance to attract visitors. Every year the route is slightly different and takes sailors to rarely beautiful Islands like Chios, Samos, Lipsi, Tilos, Astypalaia, Patmos a.o.

The 2016 Route will start in the extraordinary location of Porto Carras (Chalkidiki - Northern Greece), will then set sail for Lemnos, Agios Efstratios and Lesvos (Molivos and Mytilini)

The Spetses Classic Yacht Regatta is a unique 4-day event organised by the Yacht Club of Greece and supported by Poseidonion Grand Hotel. Staged on the amazing backdrop of Poseidonion and the Argosaronic Gulf a series of classic yachts (Classic Boats, Traditional Caiques, Traditional Lateens, Dragons) form an exquisite parade of elegance with crews from Greece and abroad.

The Argosaronikos Sailing Week is a race combining long and short legs with leisure time, perfect for an alternative racing holiday. The level of competition is more on the easy side and combines the racing spirit with a leisure cruise. The route starts from Athens, Faliro Bay setting course on Poros Island, Porto Heli, Hydra, Aegina and back. 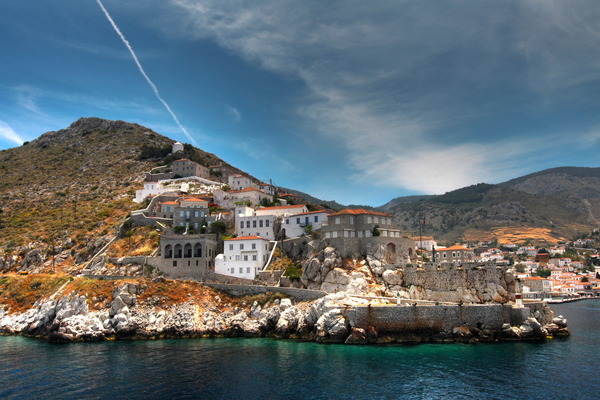 The "International Ionian Sailing Week" or Ionian Rally was established in 1989 and has contunied for 27 years since then. The organization's basic goal is, on the one hand to develop the sport of Sailing in the broader region of the Ionian Sea, and, on the other hand, to promote friendship between the region's Sailing Clubs and local societies.

In its long-lasting course, this race, which alternatively starts from Patra or Corfu, has visited Lefkada and Vasiliki, Agrostoli, Cephalonia, Ithaca, Zante, Mesolonghi, and many more in an effort that aims to support the sport all over the Ionian whilst providing athletes with the opportunity to get to know these picturesque islands. Sailors with a Pan-Hellenic and international status and distinctions, come together in the beautiful Ionian Sea every year to race against each other.

The race itself has been designed on a medium level of difficulty, offering the ideal combination of racing and a sailing holiday in one of the most charming parts of the Mediterranean.

The Sail la Vie Team is an international group of sailing specialists who can help you with a wide range of inshore and offshore races taking place all over Greece.

For international crews who would like to participate in a Greek race, we can provide fully equipped racing yachts for rental and take over the on-site management. Also we can arrange individual participations with advanced amateur crews or with professional crews for most of the regattas.