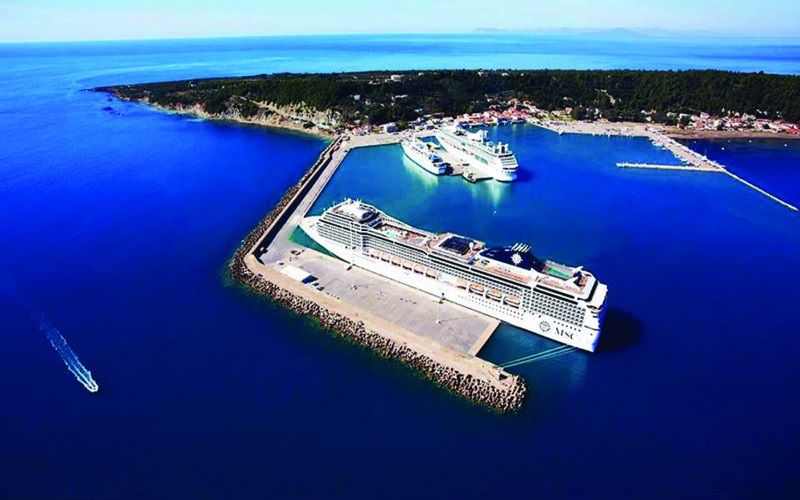 The harbor is open to the NE and its inner part is protected from waves caused by SW–SE winds by a windward curved mole, which extends E for 350 m and then continues NE for 260 m. At its head a light operates. Its outer side is protected by natural boulders. Its inner side is quayed and has depths of 1–2.5 m for 350 m from the root to the head and of 8.5–9 m for the rest part.

Marina Katakólou is formed immediately N of the quay. It is open to the S and has an entrance opening of 200 m. The marina can accommodate 140 vessels. From its NE end a rock ballasting extends for 150 m to the E. Depths inside the harbor, which decrease due to silting from the estuary of the river Alfeiós, are 6–8 m, with the exception of the NW part, where they are less than 5 m.

The small and large beach Levendochori. Both are characterized by dark sand and rocks that surround it.