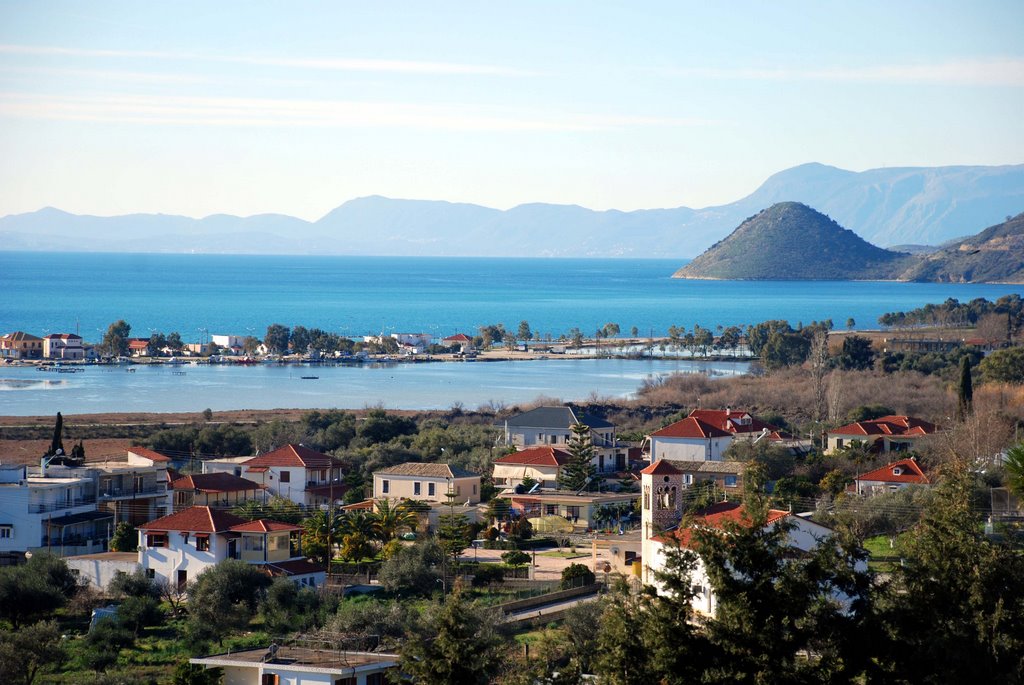 The municipality of Filiates in Thesprotia, is located in the northernmost part of the regional unit, bordering with western Ioannina and southern Albania. In antiquity, the area of Filiates was inhabited by the Epirot Greek tribe of the Chaonians.

The city was known as Cestrine (or Kestrine), separated from Thesprotia by the River Thyamis. According to Pausanias, Cestrine took its name from Cestrinus, the son of Helenus, having previously borne the appellation of Cammania.

Filiates is the starting point for excursions in the surrounding villages of Finiki, Faneromeni, Giromeri, Plesio and Sideri. You can visit the arched stone bridge of the Kalpakiotikos river near the village of Elea. Sagiada, a seaside village, is famous for its seafood taverns and its beautiful sunset. The village also offers boat connections to Corfu.

A trail from the modern-day village leads to Palea Sagiada or Old Sagiada, which has remarkable samples of the area’s traditional architecture. Liopsi, another deserted, traditional settlement can be found on a hill above Asproklisi. Also nearby is the delta of the Kalamas river, another uniquely beautiful and important wetland. The area also contains aquaculture facilities.

Kestrini is built amphitheatrically on the foot of mount Mavronoro, with a panoramic view of the Kalamas valley. On route towards the Monastery of Ragiou (11th century) you will run into the river’s irrigation dam and the stone bridge of Goumani. Very near the bridge is the archaeological site of Gitani, which flourished during the Hellenistic period and was later destroyed by the Romans.

The Monastery of Aghios Minas Kokkinolithariou is located in the village Kokkinolithari on the road that connects Filiates to Ioannina through Keramitsa and Vrosina. It is one of the most scenic sightseeing and one of the greatest religious places in the Thesprotian area. Its history dates from ancient times and is full of legends and traditions.

The beach in front of the homonymous village and has pebbles and sand. In the village you will find various shops.

A series of small bays near the border. The beach is sand and pebbles.